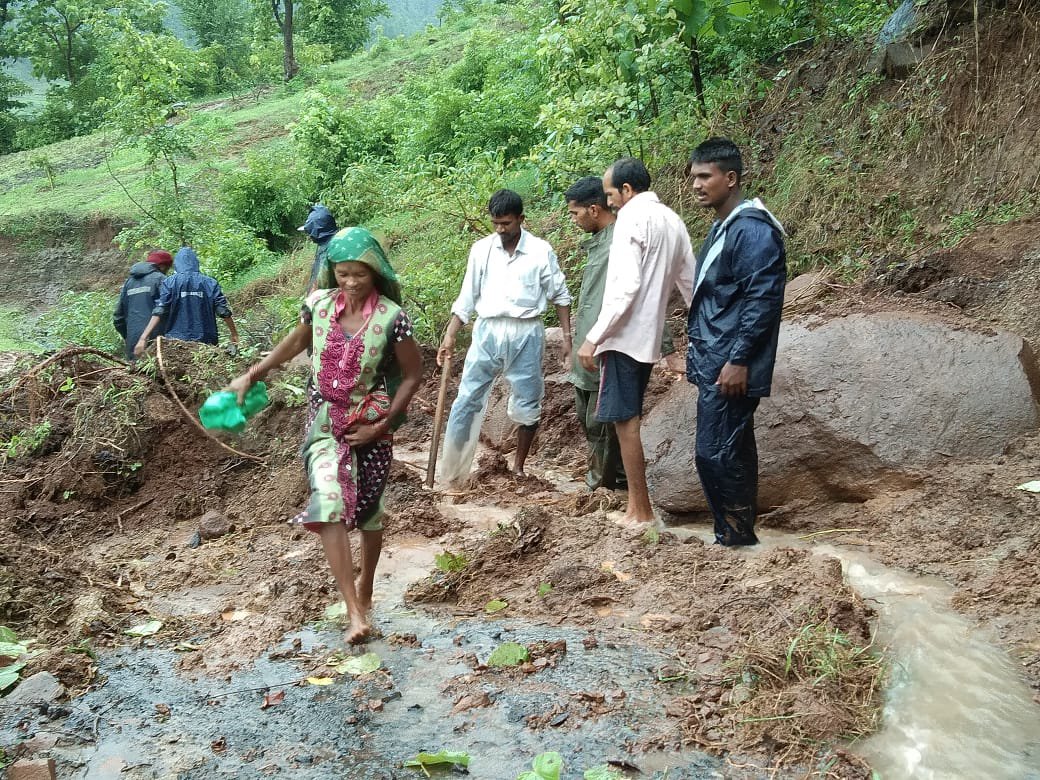 The road leading to Likhwad Badunsa Phalia in Kaprada taluka of Valsad district has been hit by a landslide.

Bhagubhai Dalvi, a social leader of Likhwad village, said that the village has a population of 2000. For many years, MLA Jitubhai Chaudhary, the present Minister of Gujarat Government, has made repeated representations. But to this day the road has not been built. There are no basic facilities like water and roads yet. The miserable condition of our village can be gauged from the fact that it has a large population and earns a living by working in other areas. Despite repeated representations, the leaders and the system are not in a position to go unnoticed, 108. Despite repeated representations, even after 75 years of independence, the road has not been paved till today. Despite repeated representations by locals, the sidewalk system has not yet woken up. People have to face great hardships because there is no road. The locals are facing a lot of hardships. If there is more rain during the monsoon, people have to face hardships. Even ambulances cannot reach people’s homes, which sometimes makes it difficult to save the lives of people in need of emergency treatment. Bad roads make it very difficult for women and children. Locals say no work has been done for years. Futures are also made by the leaders who come at the time of elections. The road work has never been done.